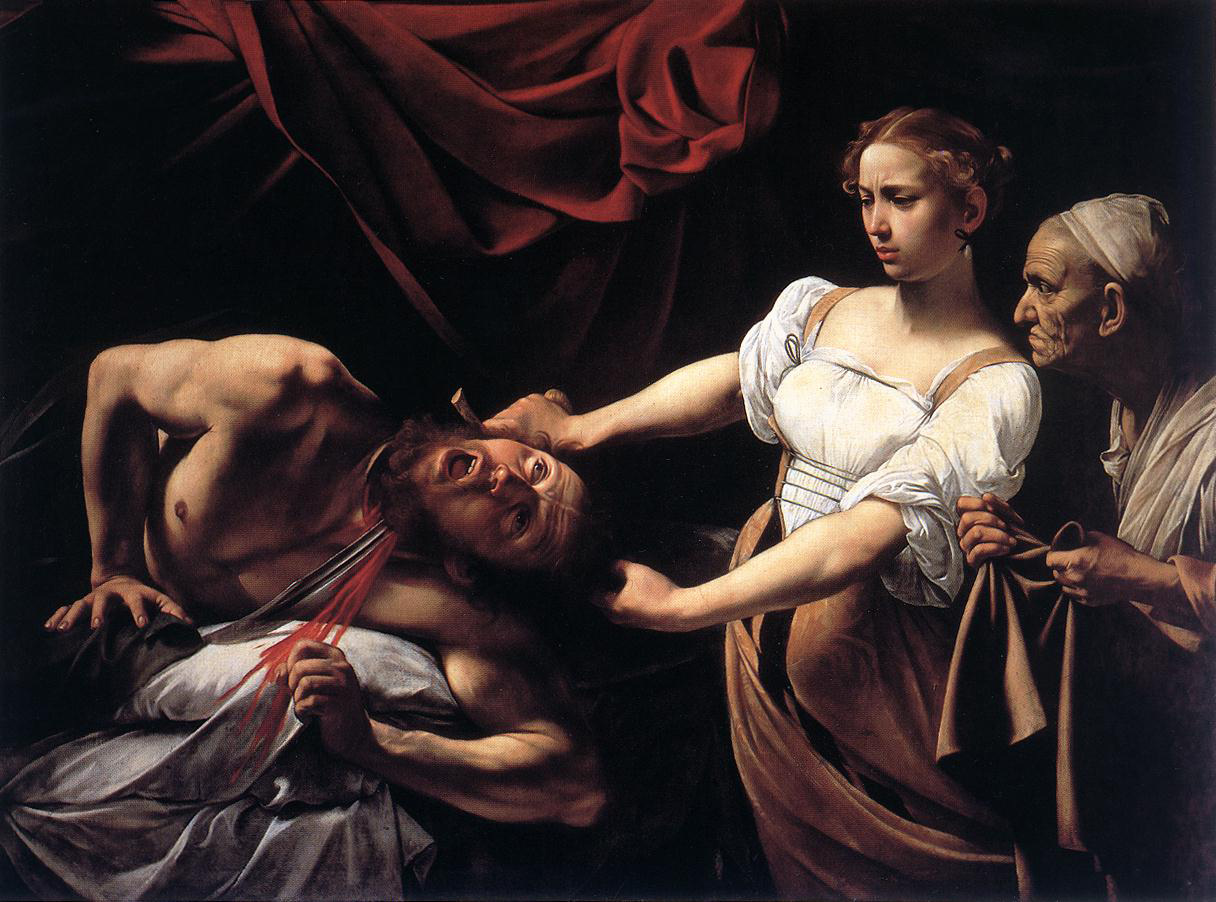 Judith Beheading Holofernes is a painting of Judith beheading Holofernes by Caravaggio, painted in 1598–99. The widow Judith first charms the Assyrian general Holofernes, then decapitates him in his tent. The painting was rediscovered in 1950 and is part of the collection of the Galleria Nazionale d'Arte Antica in Rome.

A painting believed by some to be Caravaggio's second version of Judith Beheading Holofernes was discovered in Toulouse in 2014. An export ban was placed on the painting by the French government while tests were carried out to establish its authenticity.[1]

The deutero-canonical Book of Judith tells how Judith served her people by seducing and pleasuring Holofernes, the Assyrian general. Judith gets Holofernes drunk, then seizes his sword and slays him: "Approaching to his bed, she took hold of the hair of his head." (Judith, 13:7-8).

Caravaggio's approach was, typically, to choose the moment of greatest dramatic impact, the moment of the decapitation itself. The figures are set out in a shallow stage, theatrically lit from the side, isolated against the inky, black background. Judith and her maid Abra stand to the right, partially over Holofernes, who is vulnerable on his back. X-rays have revealed that Caravaggio adjusted the placement of Holofernes' head as he proceeded, separating it slightly from the torso and moving it slightly to the right. The faces of the three characters demonstrate his mastery of emotion, Judith in particular showing in her face a mix of determination and repulsion. Artemisia Gentileschi and others were deeply influenced by this work, and even surpassed Caravaggio's physical realism, but it has been argued that none matched his capture of Judith's psychological ambivalence.[2]

The model for Judith is probably the Roman courtesan Fillide Melandroni, who posed for several other works by Caravaggio around this year; the scene itself, and especially the details of blood and decapitation, were presumably drawn from his observations of the public execution of Beatrice Cenci a few years before.[3] 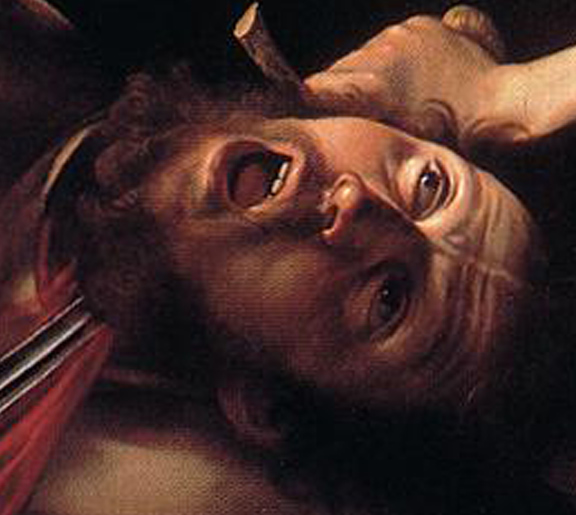 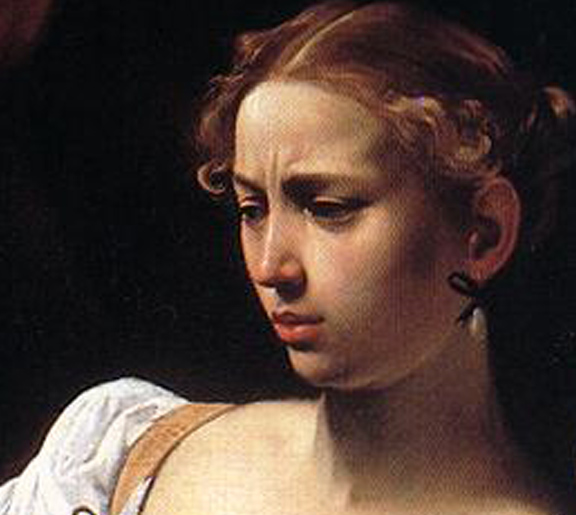 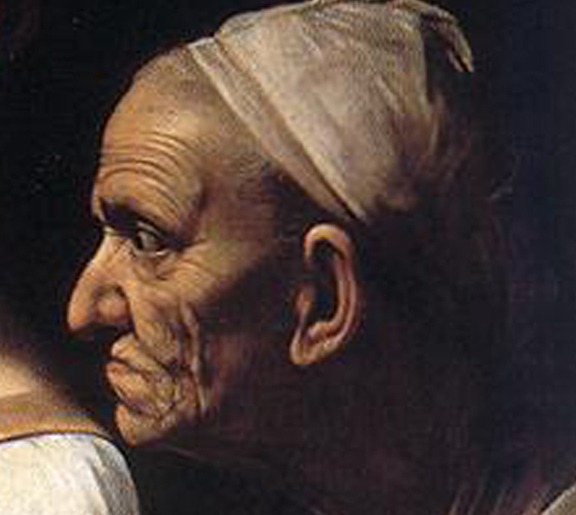